I can’t define disparagement, but I know it when I see it…

On Wednesday, June 18, 2014 the Trademark Trial and Appeal Board, the judicial body that provides review to all Federal trademark filings and disputes relating to such filings, released its second decision to CANCEL the trademark registrations owned by Pro-Football, Inc. and used by the National Football League’s Washington Redskins football team.  The decision is interesting for many reasons, legal, political, and socio-cultural.  But to me the most bloggable angle is how the media has exploded about the decision in the last couple of days, often misreporting the facts (and the law) and suggesting odd conclusions that purportedly flow from the decision.

CNN proclaimed: “If you want to start selling T-shirts with the Washington Redskins’ logo without permission, you may be in luck.”  This unsubstantiated assertion was repeated in other media outlets including Ad Age, which suggested that losing the registrations meant everyone could sell branded items without “fear of reprisal.”

First.  False.  If the decision of the Office stands, the Redskins team, and Pro-Football will still be able to sell their wares and stop others from doing so.  Thousands of unregistered trademark owners know this because they exercise those enforcement rights every day.  True, it might be harder to enforce those rights – but no one should believe that Pro-Football won’t continue to collect license fees or be able to obtain legal redress if others use their marks without authorization.

The media frenzy over the decision continued when conservative media outlets such as Breitbartand Glenn Beck accused the U.S. government of violating constitutional free speech rights, with Beck bemoaning “[a]re we living in America anymore?”  The ruling of the Board has no bearing on constitutional rights.  In fact, ironically, it is because we are living in the U.S., that every one of us can continue to use the “r” word freely if we want to– even Pro-Football– all because of the Constitution and the First Amendment.

We’ll never know whether the hype and hysteria was because it was a slow news day or because in the U.S. we just harbor heightened allegiances to professional team logos – but the media storm does reveal something about the misperceptions around trademark rights.

First, let’s get straight exactly what happened here.  Under long-standing statutory law, the U.S. Trademark Office will not register a mark that:

“…comprises immoral… or scandalous matter; or matter which may disparage or falsely suggest a connection with persons, living or dead, institutions, beliefs… or bring them into contempt, or disrepute…”

There is nothing new about this statute. It’s been on the books since 1946. Among the proposed marks that have fallen to its language are terms such as HEEB, SQUAW (for clothing), KHORAN (for wine), COCK SUCKER, CHINK PROUD, SEX ROD, 1-800-JACK-OFF and a slew of other slang terms that tend to suggest a demeaning association with a particular race, ethnic or religious group, or otherwise just offend even those with a fairly base level of taste.

Significantly, the statute does not specify what CAN be protected – it only gives specifics about what the Trademark Office is not permitted to register as a trademark under certain circumstances.  Congress, when it enacted the statute, apparently felt that offensive and disparaging words and phrases (however one might define those terms) shouldn’t be given the official imprimatur of the U.S. government.

And this brings into focus exactly what a trademark registration gets you if you obtain one.  A federal trademark registration is essentially the U.S. government giving the registrant a set of privileges that is not shared by non-registrants.  Registrants get to claim nationwide exclusive rights to use a mark, and they get certain evidentiary burdens around validity and ownership waived if they enforce their rights in court.  There are also some kinds of damages that registration owners are entitled to claim.

Those registration rights, even once granted, are not self actuating.  Like everyone else, registered trademark owners have to police and enforce rights, usually by expenditure of significant legal fees and court costs. The Redskins didn’t lose an automatic weapon it otherwise uses to vanquish bogus T-shirt sellers.  It only lost certain procedural rights when it does goes to court.

I’m not trying to minimize Pro-Football’s potential loss or its new burdens if the decision holds up on appeal.  I’m just pointing out that contrary to the reporting, Pro-Football isn’t losing its ability to enforce rights or significant license fees because it might lose its registrations.  Without a registration, it’s like traveling on the highway and not having an Easy Pass, or going to the airport and not being a “trusted traveler,” or going to the grocery store without a credit card.  You still get to travel and shop; you still have plenty of rights.  You just don’t get the privileges extended to other travelers and shoppers who have been pre-checked or have prepaid for the privilege to travel and shop more quickly.

More importantly, by refusing to register or maintain a registration that falls within the statute’s language, the U.S. government is not violating the First Amendment, nor taking away anyone’s trademark rights.  The ruling this week does NOT mean that the NFL or Pro-Football can’t use REDSKINS as a trademark.  The decision simply indicates that the U.S. government won’t give its “seal of approval” to that mark.

To reach its conclusion, the Board applied a two-part legal test.  That test inquires into: a) the meaning of the word in question, when considered in the context of the goods and services to which it is applied; and b) whether that meaning was disparaging to a substantial composite of the referenced group as of the date of the registration.

In a dissent, one of the Board Judges questioned whether the evidence of disparagement as of the date of the registration was adequate.  Surely this issue will be a large part of Pro-Football’s appeal.   That said, even if the law on appeal supports Pro-Football,  it will be a bit unseemly to try to argue that even if the term is derogatory now, it wasn’t in 1967 and therefore Pro-Football should be entitled to maintain its trademark privileges.

Why all the hyperbole?

Ultimately, these cases about what is “scandalous,” “offensive” and “disparaging” (and therefore not entitled to registration), are always divisive since the questions devolve into the subject  opinions of individuals.  The political right perceives the decision as driven by political correctness, while the left believes every use of “r” word is intended to be derisive.  Finding common ground between these poles is nearly impossible.  Certainly it is likely that neither Pro-Football, the Redskins organization, nor their fans intend any disparagement or offense by using the name REDSKINS.  But it’s hard to ignore the derogatory connotation associated with the term, even if the football franchise might intend otherwise.  We don’t, in common parlance, refer to Native Americans using the “r” word.  There was a time, perhaps, when the term was acceptable.  In some circles it still is and in those circles people are still enjoying constitutional rights to use it.  The ruling this week means that Pro-Football shouldn’t get an Easy Pass if it wants to enforce its right to use that word—a word that at least some people deem offensive and derogatory– as a trademark.  We save those privileges, generally, for other mark holders, who choose less offensive words to use as powerful brands.

What about the Atlanta Braves, Cleveland Indians, Florida Seminoles, and Golden State Warriors?

The ruling this week does not immediately call these other marks into question, even if the media wants to suggest otherwise.  “Brave,” “Seminole,” “Indian” and “Warrior,”  are probably not derogatory or demeaning epithets by themselves under the legal test the Board and the Courts generally use.  But if those references are combined with visual imagery or activities that, in context, are offensive, perhaps that combination could be deemed violative of the Lanham Act.  Indeed, a review of the way teams have used Native American images reveals that usage has changed over time, and that some of the negative imagery has been retired or is waning.  The Cleveland Indians recently reduced the usage of “Chief Wahoo” – a move that likely was inspired by concerns over the potential for the image to less than complimentary to Native Americans.

Justice Potter Stewart, when articulating the problem of defining obscenity, famously said “I know it when I see it….”  His dilemma involved constitutional issues and whether pornography could be protected.  But the same concept could be applied to determining whether a word, phrase or image ought to be granted trademark protection.  There is a cognizable difference between the words “redskin” and “brave,” just as there is between  “DAMMIT” (registrable) and the “N” word (not registrable).  It may be disturbing to some that we draw those lines and/or that we allow functionaries and judges to decide where they are, but it’s hard to deny that there is a line or that each of us can define offensive or derogatory words or images when we see them. 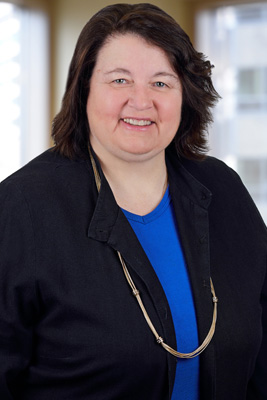 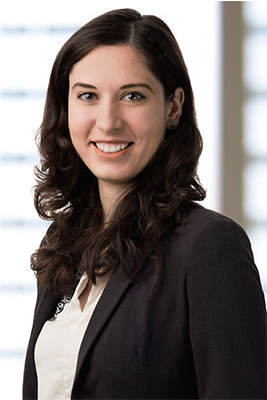